I hope you had a great weekend.

RATE MOVEMENT (from prior week) - HIGHER

Following the prior week's stronger than expected labor market and manufacturing data, the reports released last week continued to suggest that the economy is growing at a solid pace.  Since stronger economic growth raises the outlook for future inflation, mortgage rates ended the week higher.

The JOLTS report measures job openings and labor turnover rates, and the Fed closely monitors this data. In April, job openings unexpectedly jumped to 6.7 million, a record high level. Of note, there were just 6.3 million unemployed people in the labor force that month. Until now, the number of job openings has never exceeded the number of job seekers since record keeping began in 2000. Investors will be watching closely to see if the tight labor market leads to a faster pace of wage increases, which would be inflationary and thus negative for mortgage rates.

Misc. News  – The ISM national services index released last week also was stronger than expected as it increased to 58.7 (readings above 50 indicate an expansion in the service sector).  Levels above 60 have been seen only a handful of times since this data began being tracked in the late 1990s.

Thursday was the most positive day for mortgage rates last week, but the reason was not clear.  There was speculation that a large emerging market central bank was buying sizable amounts of U.S. bonds.  Foreign central banks routinely buy and sell U.S. bonds to adjust the level of their currency reserves, so this explanation is plausible. Unfortunately though, these transactions are not publicly disclosed, meaning that there is no way to confirm if this is what took place.

This week will be packed with major economic news.  The next U.S. Fed meeting will take place on Wednesday, and investors widely expect a 25 basis point federal funds rate hike.  Then there will be a European Central Bank (ECB) meeting on Thursday.  There has been speculation that the ECB will provide new guidance about the future of its bond buying program.  The major U.S. economic reports will be the Consumer Price Index (CPI) inflation data today and Retail Sales on Thursday.

Please let me know if you have any questions in regards to this, or if there is anything we can do for you.

Thank you for your continued support, have a great weekend.

Good Morning,  I hope you had a great weekend.  RATE MOVEMENT (from prior week) – NO CHANGE  There were few surprises in the ...Read More

Good Morning, I hope you had a great weekend. RATE MOVEMENT (from prior week) – NO CHANGE After the prior week’s packed economic ...Read More 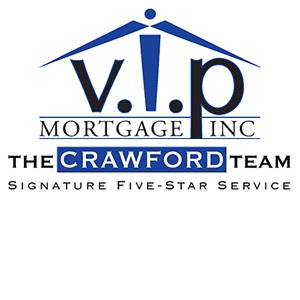 Good Morning, I hope you had a great week.    RATE MOVEMENT (from prior week) - SLIGHTLY LOWER News from Italy was positive for mortgage ...Read More